Seismology is undergoing a revolution, as it is starting to use the full-length records of seismic events and background ambient noise to go beyond still-life snapshots of the interior of the Earth, and look into time-dependent changes of its properties. Data availability has grown dramatically with the expansion of seismographic networks and data centers, so as to enable much more detailed and accurate analyses. The Action aims at structuring the EU seismological community to enable development of data-intensive, time-dependent techniques for monitoring Earth active processes (e.g., earthquakes, volcanic eruptions, landslides, glacial earthquakes) as well as oil/gas reservoirs. TIDES will network European laboratories in Academia and Industry with complementary skills and will organize a series of workshops and advanced schools to train the next generation of scientists. TIDES will facilitate the exploitation of massive data sets collected by European observational infrastructures - coordinated through the ESFRI EPOS - through the use of high-performance computing facilities. TIDES will strengthen Europe's role in a critical field for natural hazards and natural resource management.

COST is the longest-running European framework supporting trans-national cooperation among researchers, engineers and scholars across Europe. It is a unique means for them to jointly develop their own ideas and new initiatives across all fields in science and technology, including social sciences and humanities, through pan-European networking of nationally funded research activities. Based on a European intergovernmental framework for cooperation in science and technology, COST has been contributing - since its creation in 1971 - to closing the gap between science, policy makers and society throughout Europe and beyond. As a precursor of advanced multidisciplinary research, COST plays a very important role in building a European Research Area (ERA). It anticipates and complements the activities of the EU Framework Programmes, constituting a “bridge” towards the scientific communities of COST Inclusiveness Target Countries. It also increases the mobility of researchers across Europe and fosters the establishment of scientific excellence. The former science organisation which was structured into nine science and technology domains has been replaced by a new organisation aiming at guaranteeing a fully open and bottom-up approach through the establishment of a single Scientific Committee. This also includes a renewed evaluation and selection procedure aiming at identifying breakthrough ideas and favouring interdisciplinary and multidisciplinary projects. read more

Scientists and researchers from the 38 COST Member Countries and the Cooperating State of Israel can participate in science and technology networks known as COST Actions. read more 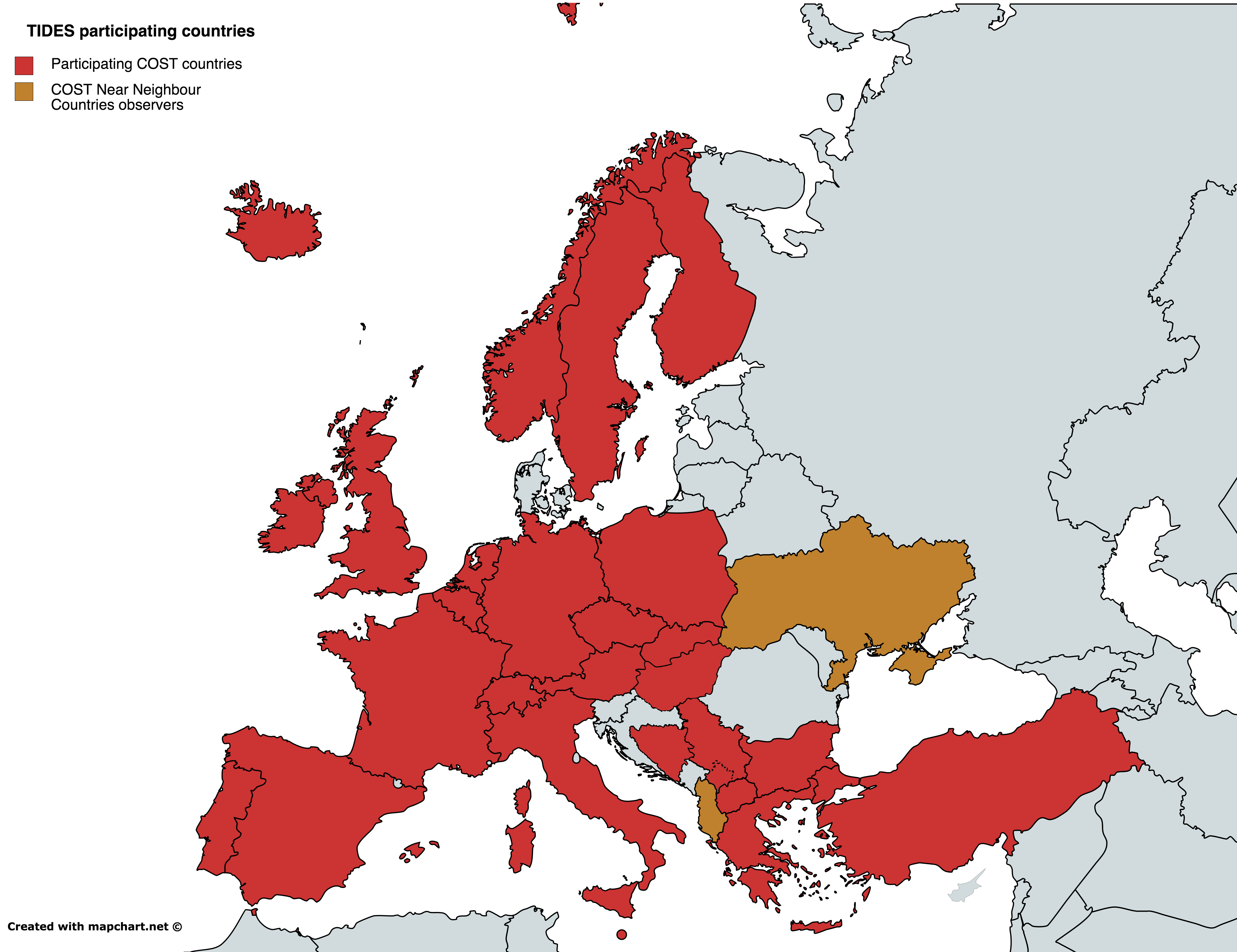 Scientists and researchers from any of the 38 COST Member Countries and the Cooperating State of Israel can participate in TIDES activities. If you do not see your country in the list of TIDES Member States, and your country is part of COST, get in touch with your COST national contact point.